“He Pounamu, he taonga tuku iho”

In the Pounamu world that Te Kaha lives within, working and shaping the stone is about being able to take the self out of the equation and let the tipuna (ancestor) and the wairua (spirit) come to the fore to reveal the true taonga (property) that is the Pounamu.

He is shaped by his tipuna, polished by the pounamu and guided by ngaa Atua (gods) with the te Ao Kikokiko (the world).

Te Kaha lives on one of his people’s sacred mountains in the north-eastern edge of the Urewera, his tribal homeland with his wife and three children as part of the land that produced him and his children. He travels the world sharing the language of Pounamu and facilitates wananga  (workshops) to encourage all people to connect with their inner-self using the ‘mauri (life force)’ (of the Pounamu).

There were no results found. 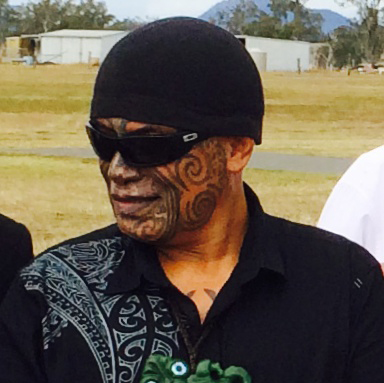